An increasingly tedious dispute has sputtered on for months in books and articles over the effects of social media.  This dispute has two sides but three perspectives.

Social media optimists believe platforms like Facebook, YouTube, and Twitter will have powerful, mostly beneficial, effects.  Chief theoreticians of this point of view are Yochai Bentler, Ethan Zuckerman, and above all, Clay Shirky, whose book Here Comes Everybody (2008) can be considered the optimists’ bible.

For Shirky, social media means a lowering of the costs of collaboration and thus a democratization of information.  The chief effect, he reasons, must be a corresponding democratization of social, political, and economic life, driven by the intellectual energies of a newly emancipated public.  In a sense, Shirky imagines the new environment as reconstituting the dynamic public sphere which existed before mass media and was, according to thinkers like Habermas, fatally altered by it.

To support his position, Shirky can point to political action enabled by social media in any number of countries:  the Philippines, Spain, Belarus, Iran, Thailand, etc.  Many of these efforts failed to achieve their ends, but Shirky insists on the difference between enabling collaboration and techno-determinism.  “Despite this mixed record,” he observes, “social media have become coordinating tools for nearly all of the world’s political movements…”

Opponents of the optimistic vision come in two moods:  indifferent and pessimistic.  We can quickly dispose of the indifferent, since they are the least consequential.

In fact, “they” seem to add up to one:  Malcolm Gladwell, who has argued that the real-world effects of social media are not significant because they must rely on “weak” social ties, instead of the strong personal bond which, for example, sustained black student protesters in the early Sixties.  Social media, Gladwell concludes, “makes it easier for activists to express themselves, and harder for that expression to have any impact.”

The pessimists, as might be surmised, believe that social media has strong effects and that these are terrible, everywhere and in many ways.  Their gloomy attitude is exemplified by this Jonathan Freedland article – “being forever online disrupts our lives for the worse” – and is perfectly summarized by the title of Andrew Keen’s 2007 book, The Cult of the Amateur: How Blogs, MySpace, YouTube, and the Rest of Today’s User-Generated Media Are Destroying Our Economy, Our Culture, and Our Values.

A leading exponent of the pessimist vision in global affairs is Evgeny Morozov, author of The Net Delusion: The Dark Side of Internet Freedom (2011).  His theme is that social media, and more broadly the internet, are used by authoritarian regimes to expose dissidents and manipulate the population.  The failure of web-enabled opposition movements in places like Belarus and Iran is, for Morozov, conclusive evidence of the dark side of the force.

Morozov writes dismissively of “self-appointed Internet gurus and visionaries” – read Shirky – who “lack familiarity with foreign Internet cultures.”  Understanding connectivity in alien lands, he implies, should be left to hard-headed experts in global affairs, like Morozov himself.

Here, then, is Morozov on social media in Iran:  “both Twitter and Facebook give Iran’s secret services superb platforms for gathering open source intelligence about future revolutionaries… Once regimes used torture to get this kind of data; now it’s freely available on Facebook.”

And here is Morozov on social media in Egypt:  “There is also a more pragmatic reason for authoritarian governments to go online:  Many of their opponents are already active in this space.  Countless Facebook groups in support of Gamal Mubarak – who may soon succeed his father at the helm in Egypt – sprouted up after many young Egyptians took to the site to vent their criticisms and publicize antigovernment protests.”

Optimist, indifferent, pessimist:  that’s where matters stood on December 17, when a young Tunisian set himself on fire in protest against his government, starting a chain of events which toppled authoritarian rulers in Tunisia and Egypt and has left similar regimes in Libya, Oman, and Yemen teetering on the brink.

I have called the Arab uprising of 2011 a vast laboratory for testing information effects.  In-depth analysis of the data obtained will take years, but the early returns, in my judgment, are decisive for this particular quarrel.

Morozov was mostly wrong.  The government of Egypt, for example, was neither clever nor nimble enough to repress the hundreds of thousands in those opposition Facebook groups.  Gamal Mubarak, alas, will never succeed his father.

Shirky was mostly right.  Mostly, because the outcome in the Middle East is still pending, and will not necessarily be for the better.  Shirky’s assessment of the coordinating power of social media, however, was proved correct by events.

I repeat that this is only my opinion, but I think I’m part of the large majority here.  This argument is over.  Time to talk about something else.

Maybe for this reason, Morozov has taken his dispute with Shirky to another level.  In a recent tweet, he asked:  “Isn’t it time we learned what type of consulting Shirky has done for the Libyan govt?”  On his blog, Shirky explained that he had never done any, although he had met with representatives of the Libyan regime over a tourism wiki scheme which went nowhere.  To which Morozov responded:  “anyone who thinks they could democratize Libya via Wikis needs to make a public apology.”

Of course, Shirky never harbored such a thought.  The idea that social media causes revolutions is not one he has ever, to my knowledge, defended.

But that’s beside the point.

Morozov is supposed to be a scholar.  I presume he has mastered the art of research.  If he suspected Shirky of an inappropriate relationship with the Qaddafi regime, it was his responsibility to dredge up the pertinent facts before raising the matter.  Instead he chose, of all things, a social medium like Twitter to broadcast an insinuating question then demanded a “public apology” for a non-event.

The best I can say of such behavior is that it is very different from a scholar’s.  It smacks of a sour grapes strategy by a man who knows he has lost the real argument. 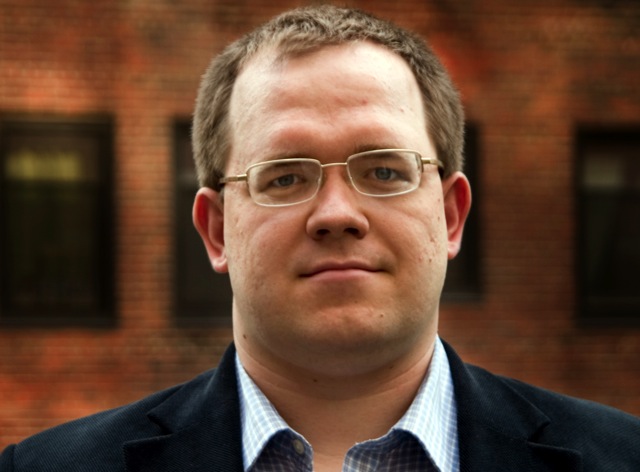 This entry was posted in web. Bookmark the permalink.