Andrey Miroshnichenko’s review of The Revolt of the Public

Andrey Miroshnichenko is the author of Human as Media, a book I have cited often in this blog.  He and I became connected as fellow scholars who turn out to have an astoundingly similar perspective on the impact of media on politics.  I say astounding because we wrote our books in complete isolation from each other yet arrived at almost exactly the same place, used many of the same words, and even reached for the same obscure citations (Ortega y Gasset being a favorite).

Andrey and I take the similarities to be meaningful.  We think we are on to something.  We may even be advancing on that phantom, truth.

Andrey has just produced a brilliant and thoughtful review of The Revolt of the Public.  As old-fashioned bloggers used to say:  read the whole thing.  It’s worth it.

For those who want a foretaste, here is Andrey’s version of how he and I came to recognize each other as kindred spirits:

Reading Gurri’s book was for me a particularly fascinating experience, because of the many overlaps between his ideas and those presented in my book “Human as media. The emancipation of authorship.”(Miroshnichenko, 2013). Gurri and I were not familiar with each other’s work until I came across his book and wrote to him. Our understanding of the present moment is so strikingly similar that we both turned to the same, regretfully obscure, “mass man as a spoiled child” quotation taken from Ortega y Gasset (Ortega y Gasset, 1930).

We have since discussed this similarity in our analysis, and we agree that if two independent researchers can see and describe their subject so similarly, that subject in all likelihood has been correctly portrayed. I find this to be an exciting development, particularly since neither physics nor math are involved; there are no “objective” laws of nature applied… Or are there? In the age of accelerated information, the social-informational sphere is so mediated by technologies and so alienated from an observer that it can probably be caught by an inquisitive mind like something “physically given”.

As might be expected, he and I don’t agree on every point regarding the great media-driven transformation of social and political life – what I have called the crisis of authority.  But I find his disagreements to be the most interesting aspect of the review:  they are fascinating, instructive – and probably correct.

Gurri has researched the manner in which the Fifth Wave influences politics. But at some point, with growing Internet penetration, media ceases to be just a factor of the political process; quite the reverse, political processes become internal parts of the media environment.

The review concludes on a thought-provoking note:

Societies accustomed to the conditions supported by broadcast-style, top-down media – i.e., the Fourth Wave, according to Gurri – including those societies that just recently began to experience those conditions, have suddenly found themselves sinking in the Fifth Wave, which is the environment of engaged media, where everyone has the technical capability to express publicly their personal reactions.

This new environment has thus far emancipated technical authorship for about 2.5 billion persons. Considering the spread of information technologies, the “normal” rate of Internet penetration, and population growth, we can predict that number of emancipated authors who can communicate reactions beyond their physical circle will reach 8-10 billion within the next 30 years.

We are at the moment in the middle of the explosion of mass authorship. Books like Gurri’s Revolt of the Public are extraordinarily helpful and necessary if we are to understand the present and prepare for what is to come. The next wave of turbulence caused by emancipated authorship is coming, and it will not be Tahrir-like. The likelihood is that it will develop the characteristics of the recent conflicts in Ukraine and Ferguson, Missouri, the first hints of which could be observed in the London riots of 2011. These future collisions should be analyzed in the context of media ecology as well as of political science. 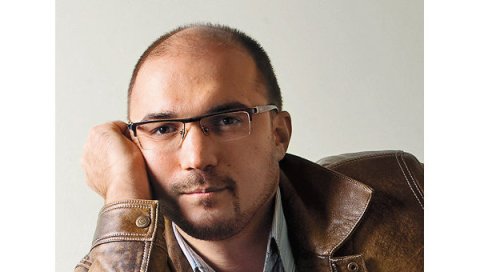 This entry was posted in analysis, new media, the public. Bookmark the permalink.