The web as school of manners: a beatific vision 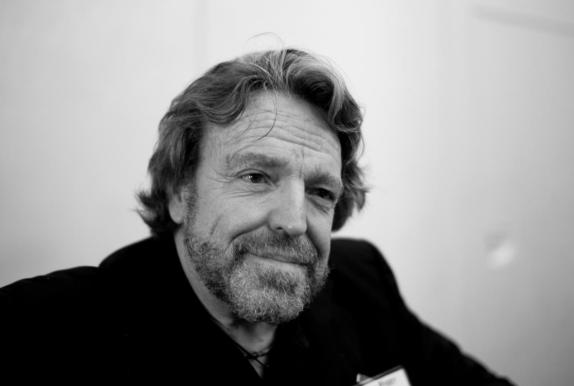 What is the school of manners of the rising generation?  There can be no doubt about that.  It’s the web.  Physically, we are still encased in the formalities of the industrial age.  But these are empty gestures:  meaningless rituals muttered in a dead tongue.  Like all forms devoid of substance, they are passing away unnoticed and unmourned.

Fifty years ago the boss wore a suit, white shirt, and a necktie.  His name was “Mr. Smith.”  He lurked in a large, frightening office, like the school principal.  To be summoned there was cause for existential anguish.  Today men in suits are considered at best inauthentic, at worst outright scoundrels – lawyers, probably, or politicians.  The boss is really a “team lead,” may sport tattoos and piercings, and wants to be called “Tiffany.”

The web flattens and equalizes.  Everyone appears to stand in a similar relation to everyone else, everywhere.  That is an optical illusion, but it’s a powerful one, difficult to shake off.  And there’s a seed of truth at its core.  Relative to the top-down hierarchies we have inherited from an earlier time – to a corporation, for example, or a government agency, or a university – the web is an egalitarian space.

Early on, idealists saw in “Cyberspace” the promised land of liberation.  Without physical presence, there could be no tyranny or exploitation.  Existing relations of power and property would be erased upon entry, and all would share equitably in the dominion of mind and spirit.

Governments of the Industrial World, you weary giants of flesh and steel, I come from Cyberspace, the new home of Mind.  On behalf of the future, I ask you of the past to leave us alone.  You are not welcome among us.  You have no sovereignty where we gather.

We have no elected government, nor are we likely to have one, so I address you with no greater authority than that with which liberty itself always speaks.  I declare the global social space we are building to be naturally independent of the tyrannies you seek to impose on us.  You have no moral right to rule us nor do you possess any methods of enforcement we have true reason to fear.

[. . .] We are creating a world that all may enter without privilege or prejudice accorded by race, economic power, military force, or station of birth.

We are creating a world where anyone, anywhere may express his or her beliefs, no matter how singular, without fear of being coerced into silence or conformity.

We will create a civilization of the Mind in Cyberspace…

With the cold clarity of hindsight, it would be easy to mock that beatific vision written 20 years ago.  Far more instructive, I think, would be to ask:  what if the vision had come true?  If the web, as a school of manners to a generation, had forged a “civilization of the Mind in Cyberspace,” what would it look like?

By “manners” I mean the outward expression of personal character.  Character itself I take to be some combination of habits and ideals solidified by experience.  Many today would argue that manners, so seemingly obsessed with placement of forks and accuracy of titles, is too trivial a subject to be worthy of attention.  What matters, these people hold, is that behavior remain true to the authentic inner person.

I will not enter into that debate.  Manners, for my purposes, will be considered to be the social forms assumed by individual humanity, regardless of what transpires in the depths.

What social behavior would be consistent with a “civilization of the Mind in Cyberspace”?  One aspect leaps out at once:  it’s free, and values freedom very highly.  John Perry Barlow, author of the “Declaration of Independence of Cyberspace” cited above, claimed to speak with the authority of “liberty.”  He has broken loose from the “tyrannies” that oppress the physical world.  He speaks his mind.

But the freedom is of a specific kind.  It’s the freedom of hardy individualists who are exploring a vast undiscovered continent:  the freedom of the American frontier.  (Barlow became a founding member of the Electronic Frontier Foundation.)  With so much room around them, cyber-citizens expect to be left alone.  They won’t tolerate a boss or the government telling them what to do or say online.  That will foster eccentricity, but personal beliefs, “no matter how singular,” will be tolerated and accepted.

A second kind of freedom is implied in the “Declaration” and spelled out in the catchphrase, “information wants to be free.”  A civilization of the Mind must make the products of the Mind freely available.  Copyright laws that award corporations the “intellectual property” of creative individuals are null and void on the web.  Music, TV shows, movies – the cyber-citizen is free to pay for them or pirate them, as he wishes.  Government secrets and decency bans also have no force online.  These are the tyrannies of the physical world.  It’s good manners to trample on them.

Cyberspace demands a radical willingness to share without charge one’s intellectual output, and allows whoever is interested to dabble with and modify that output.  To complain about pride or profit in authorship is bad manners.  Information wants to be free.  The model might be Wikipedia, the “free encyclopedia,” which claims over 31 million “registered users,” over 120,000 “active users,” and 1,262 “administrators,” all of whom write and edit “without pay.”  The utopian expectation, rarely stated, is that this approach will inspire an uninterrupted march towards the truth.

There’s no shame attached to making money, however.  Anyone on the cyber-frontier who develops a useful innovation deserves his profits.  Amazon and Google are much admired.  Both empowered customers at the expense of existing institutions, by moving transactions to the web.  Hostility is aimed at the hierarchies of brick and mortar, and the men in suits who act like institutional tools.  It’s crazy cool to work in Mountain View.  It’s a disgrace to work in Walls Street – or, for that matter, Bentonville.

Manners in our virtual civilization, then, would put on display a sturdy self-reliance, generosity in sharing, a volunteering spirit, appreciation of innovators, and an utter distrust of government, bureaucracies, financial institutions, “mainstream media,” and the whole array of power and wealth as structured by the industrial age.

A subject – one, in fact, that has come to permeate and dominate Cyberspace – is missing from the list.  Politics is missing.  The early techno-utopians were deeply interested in politics, though in a way that appears unsettled to the twenty-first century mind.  Barlow, for example, is usually labeled a “libertarian,” yet he was an active Republican for much of his life, while remaining a lyricist for the Grateful Dead and best friends with John F. Kennedy Jr.  No doubt he expected the political parties to make their case and raise funds online.  In chatrooms and blogs, cyber-citizens would debate the candidates as well as one another.  But all this seemed of secondary importance.

In the beatific vision of its founding fathers, Cyberspace was largely a liberation from politics.  Governments, those “weary giants of flesh and steel,” had become tyranny on an industrial scale.  They insisted on top-down control, and they existed to propagate that control to the most intimate aspects of life.  Cyberspace, too big and wide open for elections even to be possible, was conceived as a refuge of individual freedom.  Citizens would gather around communities of interest.  They would do their own thing, in their own style and language, and ignore the rules imposed by political authorities.

National politics assumed significance mainly when the federal government threatened the freedom of the web.  The “Declaration” was drafted in response to the Telecommunications Act of 1996, which Barlow characterized as an “atrocity,” placing “more restrictive constraints on the conversation in Cyberspace than presently exist in the Senate cafeteria.”  The anti-regulation reflex endured for many years thereafter, and may not yet be dead.  Cyber-citizens almost destroyed Godaddy, and forced the company to reverse its position, for initially supporting the Stop Piracy Act of 2012.

Otherwise, parading partisan obsessions was considered revolting manners in the civilization of the Mind.

How was conflict to be dealt with in Cyberspace?  That, of course, in cruel reality, has turned out to be the tragic flaw of the virtual world.  Everyone screams and rants.  That is the normal tone of discourse.  Everyone is angry at someone.  There’s a roar of enraged demands for retractions, apologies, humiliations, firings, even assassinations.  We “of the future” know this now, but one would expect the first digital frontiersmen, in their search for utopia, to provide the means to manage violence in an untamed environment.

It clearly wouldn’t be the US government.  Nor would it be the Wikipedia model of adjudication by an “administrator” class.  That is still top-down governance, however gently enforced.  Cyber-citizens, Barlow asserted, could never have, and would never want, a cyber-government.

Though I haven’t seen the answer spelled out, I feel reasonably certain of what it would sound like.  The digital frontier didn’t need a federal marshal or a local posse to keep the peace.  It had no use for judges or adjudicators.  To be consistent with the primacy of personal freedom, social order would have to rely on a code of personal behavior:  in a sense, on manners.

“Where there are real conflicts, where there are wrongs, we will identify them and address them by our means.  We are forming our own Social Contract,” wrote Barlow in the “Declaration.”  He added:  “The only law that all our constituent cultures would generally recognize is the Golden Rule.”  The vision of Cyberspace as a vast and empty region enters strongly into this.  Pioneers are encouraged to live out their beliefs, “no matter how singular.”  When beliefs collide, and the conflict is irreconcilable, a true individualist is expected to walk away, leaving others to the consequences of their beliefs.

A whole book of manners in the face of conflict can be inferred from Barlow’s “Principles of Adult Behavior.”

Vigorous, foul-mouthed debate is acceptable.  Any attempt at compulsion is an abomination.  That a mob of cyber-citizens should seek to punish an individual for his beliefs about, say, homosexuality, would have appalled the utopian fathers of the web.

We may flatter ourselves into thinking that these idealists were hopelessly naïve – that we, who have the benefit of hindsight, are sadder but wiser.  The web, as all can see, resembles the state of nature more than utopia.

I favor a somewhat different explanation.  According to Frederick Jackson Turner, the American frontier was “the meeting point between savagery and civilization.”  At any moment, in any given place, the needle could move in either direction – a fluidity exploited in Western films like “High Noon” and “The Man Who Shot Liberty Valance.”  For a techno-utopian like Barlow, the new digital environment, like the old frontier, presented a series of dangers, adventures, and opportunities to be confronted at the individual level:  a test of character.

So far, on the evidence, we are failing the test.

This entry was posted in web. Bookmark the permalink.

2 Responses to The web as school of manners: a beatific vision